How to Win Any Argument

Of this, I have no doubt. We have all been there, be in dinner party or boardroom. When you’re having a healthy disagreement with someone, there is simply nothing like a succinct, articulate and lethal one-liner to end the debate. Particularly packing a punch when purloined from the golden age of philosophy, Ancient Greece. Disagreements in life can never be avoided, but gentlemen know the art of raising the quality of their arguments, rather than their voice or fists. Well-bred gentlemen read on.

“The worst of all deceptions is self-deception.” - Plato

This will surely weight the end of the debate in your favor. A little hard-nosed, but certainly will let you leave with the lion’s share.

Practically made for the boardroom, this is for when you want to argue that the other person needs to put their money where their mouth is. Naturally, after shoes, actions speak louder than words.

“Nothing exists except atoms and empty space; everything else is just opinion.” - Democritus

For when someone believes they are always right without having done their research.

"Quality is not an act, it is a habit." - Aristotle

When someone says they’ll change but you’ve heard it all before.

"Even when laws have been written down, they ought not always to remain unaltered." - Aristotle

This gem from Aristotle is particularly exceptional when discussing politics.

If you’re dealing with someone who is a serious motor mouth, this will hit the spot.

"Know how to listen, and you will profit even from those who talk badly." - Plutarch

Ah, the art of listening. Saying this will leave your opposition befuddled and ultimately disarmed. 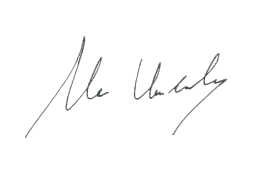