A Brief History of a Brogue

We have a saying here, ‘if it isn’t brogue, don’t fix it.’ Even if you’re a total shoe novice you will have heard of the eponymous brogue and it’s as British as it gets, next to the Queen, a good brew, and fish and chips. Although not strictly a style of shoe and merely a decoration, the brogue has a well-deserved place in every gentleman’s shoe wardrobe. 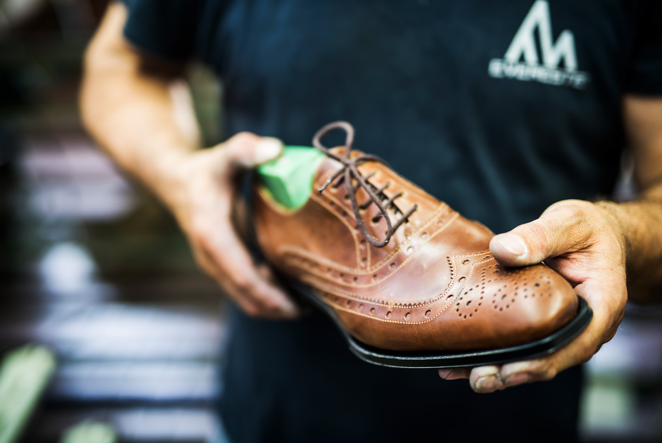 The brogue had some fairly inauspicious beginnings as a rudimentary style of shoe that originated from the Gaelic word, ‘brog’ as the style was common in Ireland and Scotland. They were originally designed for simple farmers at the turn of the 19th century, with the perforations strictly created for utility and certainly not for style as they were designed to drain water as the wearer would walk through muddy terrain. In those days, the brogue style was most certainly not considered refined and was confined to the country and favoured only by the working class. Indeed, the brogue truly had a ‘rags to riches’ ending as it is now the go to decoration in both men’s and women’s shoes, and across pretty much all styles including Oxfords, Derbys, Monks, Chelsea and Chukka Boots.

Its makeover started during the 1920s, when brogues started to have a more elegant reputation, with ‘Spectator’ two tones favoured by the trend makers in the Jazz era. In the 30s the Price of Wales sported around the golfing course. We can also thank Elvis for popularising the look, wearing both black and white brogues for ‘Jailhouse Rock’.

Although the style has inarguably risen to become a traditional decoration for a dress shoe, the style is still frowned upon when worn for extremely formal occasions. For example, a brogue should never be seen with a three-piece suit, or for any black or white tie event. Tweeds and country casual suited looks are much more preferable when it comes to brogues. 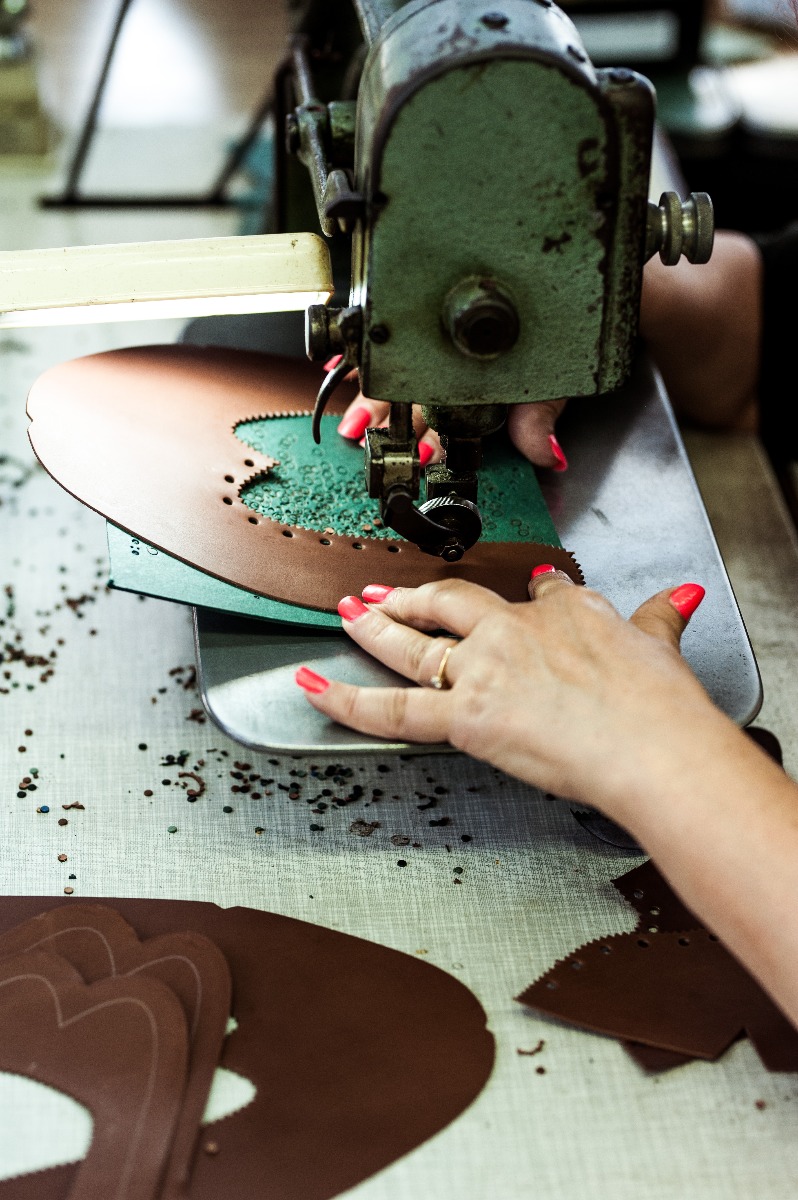 The iconic ‘pinking’ which composes the finished edges are created using pinking shears, similar as to the tailoring technique for cutting fabric. The perforations create the brogue’s detail, punctured holes forming a pattern along the edge and also to decorate the cap of the toe which is referred to as the ‘medallion’. At our workshop in Sao Joao da Madeira, our cobblers use a specific machine to create the holes, varying the size of the holes to create intricate patterns for the medallion. The brogue decoration can be applied to all of our shoe models, bar the loafer, and is available in a full- brogue (also known as a wing tip) and half brogue. 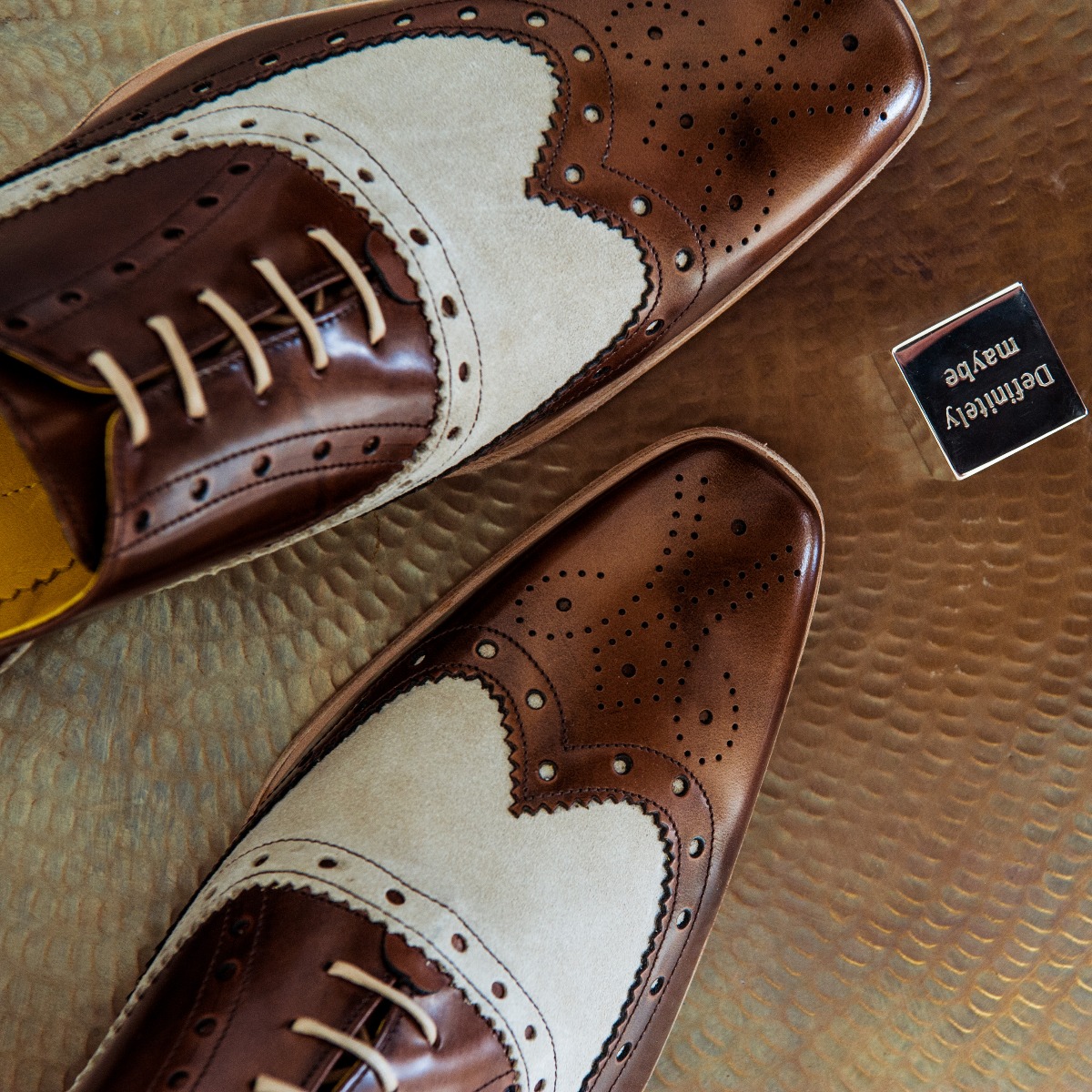 Try to recreate your very own classic full or half brogue for your essential wardrobe collection, using our customiser here.